Welcome to the website for replica models of the

National Monument to the Forefathers. 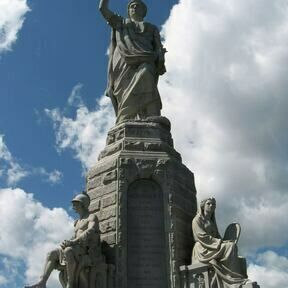 The National Monument to the Forefathers in Plymouth, MA was built to honor the Pilgrim forefathers that landed in Plymouth in 1620.  The monument provides great symbolism and relation for many of the basic principles of true freedom. It is a stunning 81ft tall granite monument and the symbolism is astounding. The five main figures are Faith, Morality, Law, Education, and Liberty. Each one teaches us certain aspects of freedom.

Faith is the primary figure and largest at 36 feet tall. Faith’s right hand points us towards God and she holds a Geneva Bible in her left hand. She has the star of knowledge on her forehead and her foot firmly planted on Plymouth Rock (there is literally a piece of Plymouth Rock at her feet). Faith faces east towards the Atlantic Ocean as if to look over the Pilgrims’ trail of faith that led them to Plymouth.

Morality has her head angled towards faith, looking upwards slightly more than the other seated figures. She has the breastplate representing the twelve tribes of Israel on her chest. She holds the ten commandments in her left hand and the scroll of revelation in her right, representing both the Old and New Testament of the Bible. Two reliefs under the seat represent Prophet and Evangelist as supporting principles to Morality.

Law sits in a thoughtful pose holding a representation of civil law. Civil law based on biblical morality with faith in God is the key to civil freedom. Underneath the seat, Justice and Mercy are represented to show their relation to the execution of law. Principles of both justice and mercy were built into our constitutional government.

Education comes next since a nation’s population must be educated in matters of law and it’s foundations. Education is represented by a young female figure. She holds and points to the Book of Knowledge. Reliefs depicting Youth and Wisdom are under her seat. Youth shows a child being led by a mother. Wisdom is represented as a grandfather figure in a teaching position with book and globe symbols.

Liberty sits in triumph. This is the fruit of following and living the discussed pattern and foundational sequence. Liberty holds a sheathed sword in his right hand in a resting position - the battle for freedom has been won and he is ready to guard against any encroachments. His left hand holds a chain with broken shackles - he has been freed from bondage. A lion skin on his back drapes over his shoulder showing the foot of the lion indicating that the tyrannous beast has been slain and perhaps a nod to the American independence gained by separating from Great Britain. Tyranny Overthrown and Peace are represented under the seat of Liberty. Now we can live in true peace.

Replica models are available in 15.5", 12", and 8" tall sizes. The models replicate the original monument design by Hammatt Billings as represented in the bronze fundraiser models from the 1800's. The replica models are 3D printed with FDM technology (plastic extrusion).

We currently offer the following colors:

Please review the pictures of the models to decide which color you like best.

Notes on product quality and expectations: All prominent features are clearly visible, particularly the main statuettes of Faith, Morality, Law, Education, and Liberty each with their prominent symbolic features. Supporting reliefs under and in front of each seat are visible with good enough detail to understand if you are already familiar with the monument. Text on pedestal panels is noticeable but not readable. Easy-to-read labels are included for the five main statuettes and the four supporting reliefs. Overall quality is good and on par with current 3D printing capabilities. As a 3D printed model, the material is plastic in your selected color. There are some differences between the bronze fundraiser design and the final granite monument. We invite you to compare pictures of the two versions and consider how the similarities and differences can add depth and understanding to the important message that the monument teaches. 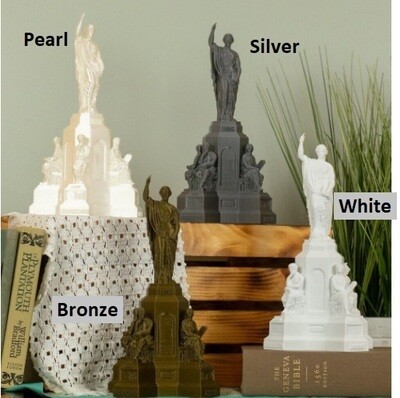 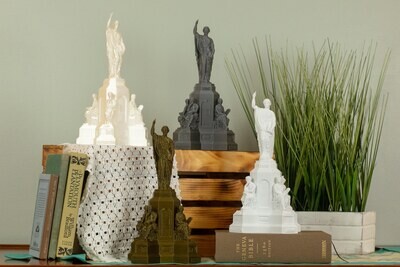 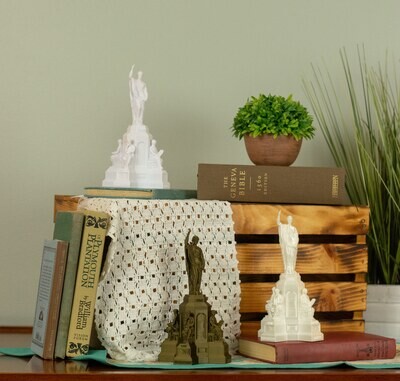 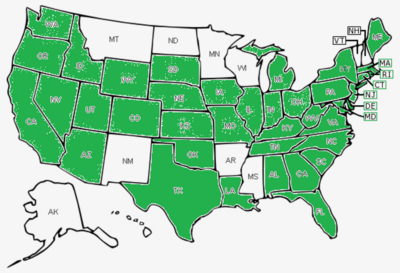 I purchased a beautiful “forefathers” monument for shipping to the UK, Ben gave the most exceptional customer service to ensure it arrived on time, at the best shipping price, for my husbands birthday. Very very pleased with my purchase, which arrived on time, and the personal service I received. Thank you.

I really like the model and it has often reminded me of the covenant the founders of the United States made with God that needs to be brought back into prominent thought today. I found a place for it where I can see it daily in my small apartment. Having the 3D monument is a wonderful reminder that people in our country did believe that the USA was founded for the purpose of following Biblical principles.

The statue is beautiful. Thanks for providing these as a reminder of our founding father's intent for our Nation.

Story of a Replica

Learning about the National Monument to the Forefathers is a memorable occasion for many lovers of freedom and the founding of our great nation. After discovering it, I knew I needed to have something in my home to be able to share this great monument with others. Due to the 360-degree nature of the monument and the various details on many different sides, it is difficult to do it justice through pictures. A 3D model is certainly ideal, however continued research repeatedly found that they were not available. Eventually I did learn about the bronze fundraising models from about 1857, but quickly realized that those are rare and pricey finds at miscellaneous auctions. I was however able to borrow one long enough to get a detailed 3D scan which is used to produce the models available here. While there are some differences between the fundraising models and the final granite statue, it is thought that the bronze fundraising models more accurately represent the original design. These replicas are a great piece of American history for the effort they represent, the symbolized principles of freedom, and of course the connection to the final National Monument to the Forefathers erected in Plymouth, MA.